East Village, the former Olympic Athletes Village in Stratford is a new residential community nestled between the new Queen Elizabeth Olympic Park. East Village is part of the Legacy Project, in which the developments undertaken for the London Olympics in 2012 are further developed, modified and re-constructed for the inhabitants of London.

Many aspects are deemed to be very successful already, for example the park that is lively and used for a wide range of activities or the relatively generous public or private-public spaces. However, at the same time, there are many aspects that are still unsolved or open for discussion, not least the question of how the new community or communities of East Village will be shaped by the on-going development or, rather, what tools and means they will have to in turn shape the development of their immediate urban locale and environment around them. 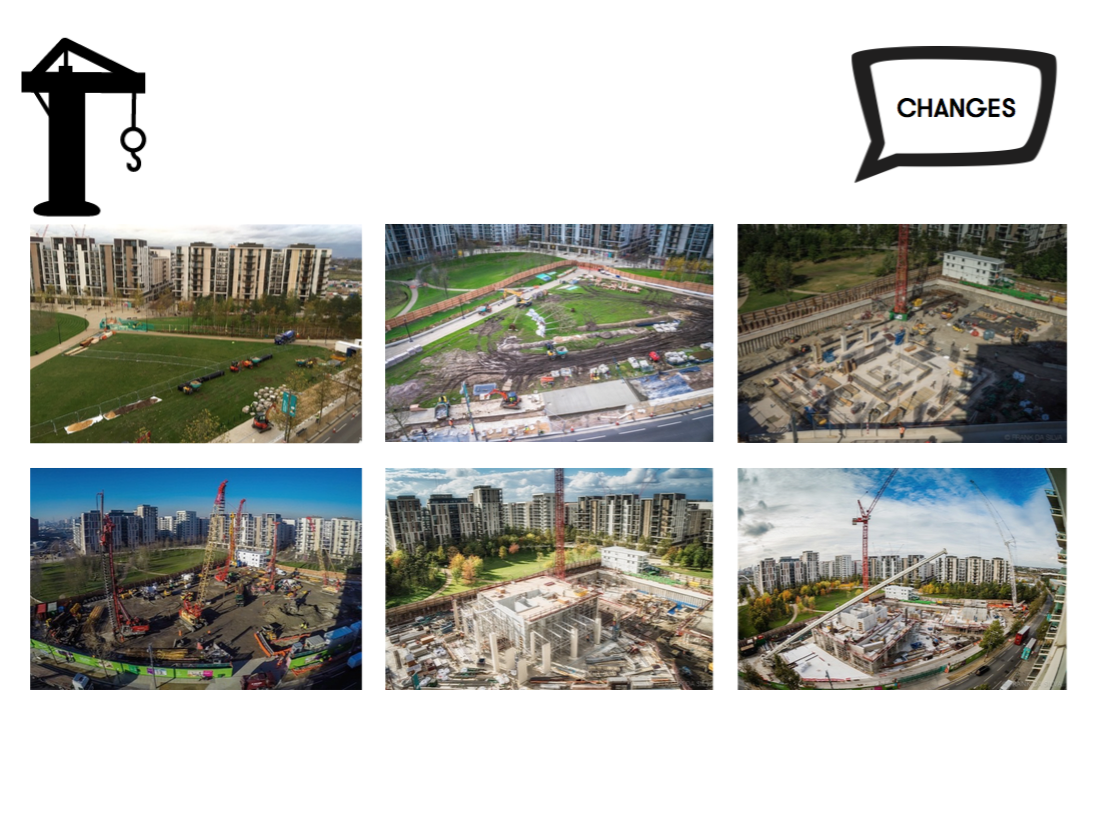 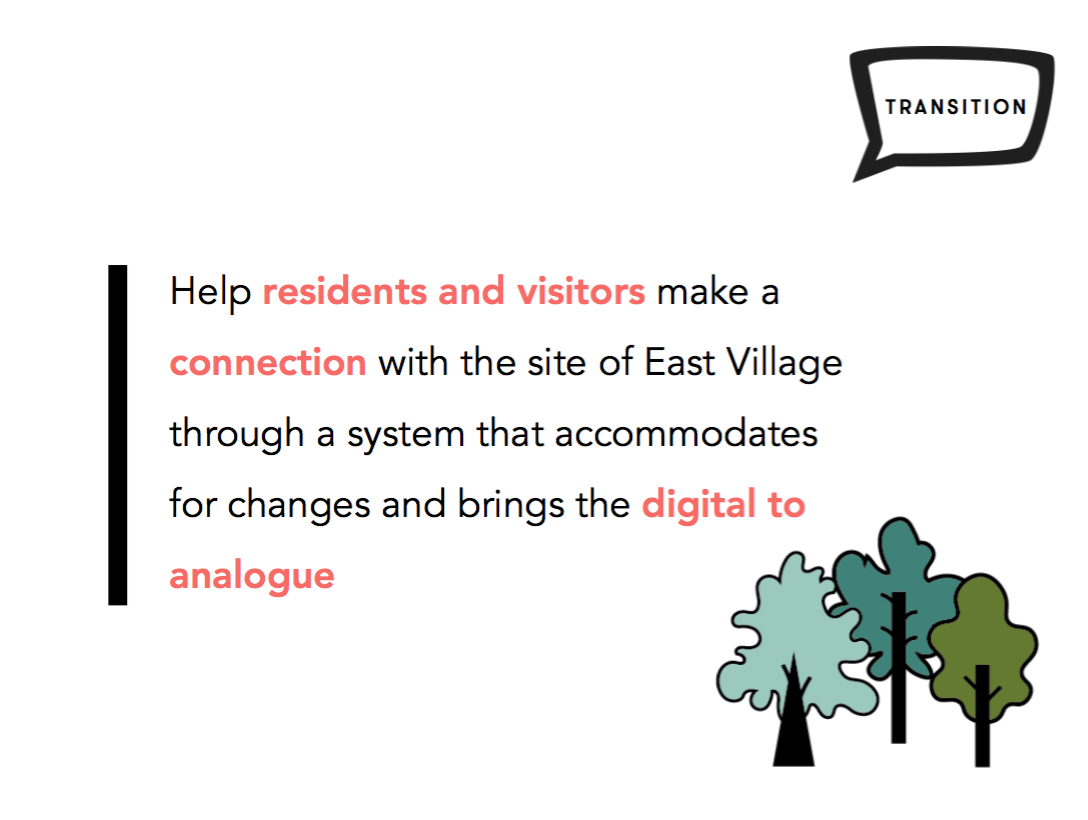 This project is to explore the power of orientation and navigation as the tools and means for people to shape their environment. The ever changing routes and delineation of public spaces in the area makes it an ideal setting within which to explore how people carve and adapt their daily routes, how they identify and name places, and in doing so, how they unknowingly make their own mark on the area.

In other words, how can the daily use of the space, the routes, the meeting points, the junctions, inform a wayshowing proposition that helps to knit together the transient, disjointed environment and its inhabitants?

TrolleyTales app help the community to gain a sense of ownership of East Village, by giving them the opportunity to ‘make their mark’ on the space. . By making the app site specific and making users walk through East Village to discover and write stories, we have merged a digital experience with the analogue. 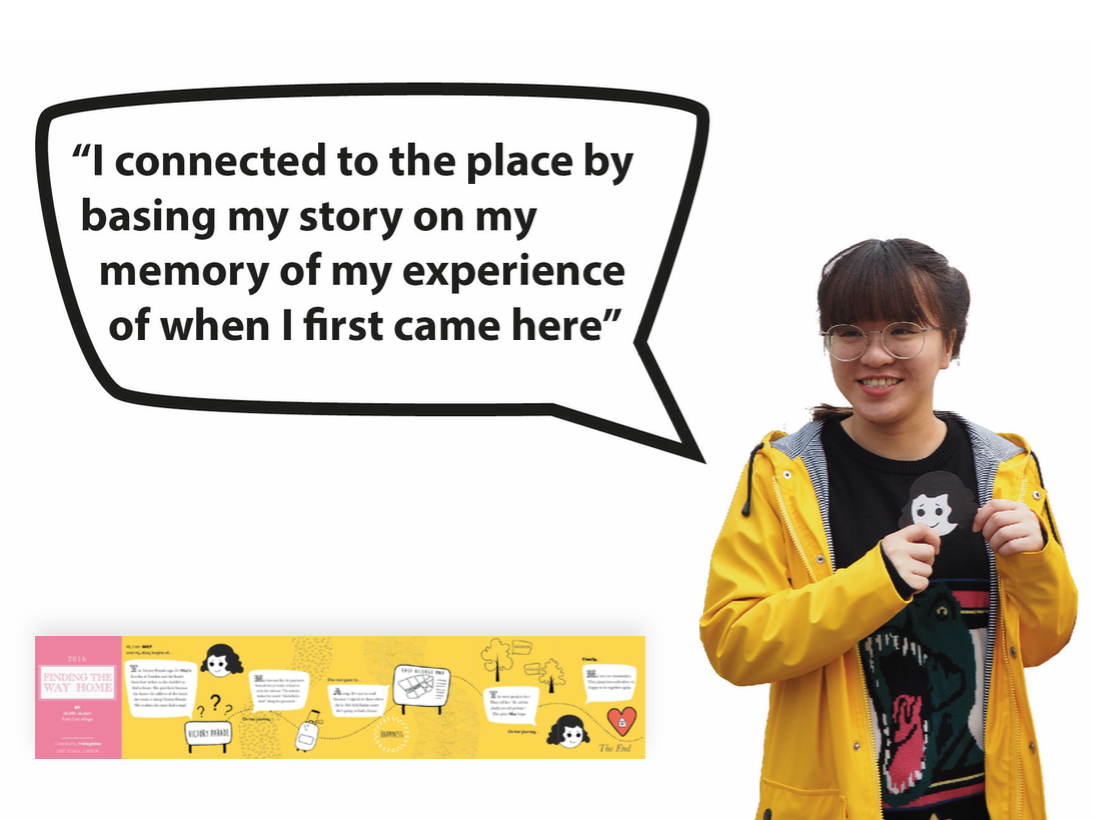 Beside from the TrolleyTales App, the group also suggested oral storytelling events to highlight that the neighborhood is a Village. Villages have a long history of oral story telling, which connects the community together to their space and to each other. Connecting developers, local businesses and residents together on the same platform is a way to remove the sense of hierarchy in East Village and instead promote a welcoming sharing atmosphere between all parties.